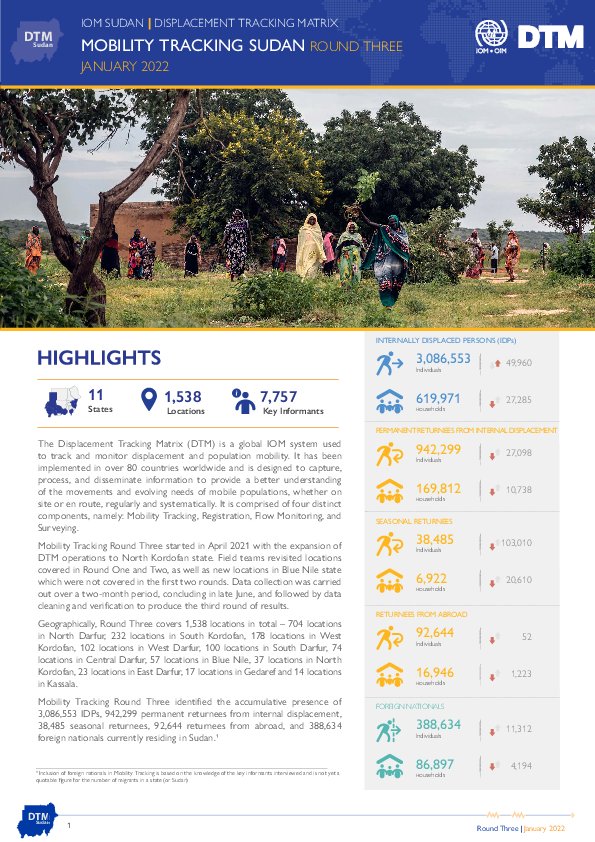 Mobility Tracking Round Three started in April 2021 with the expansion of DTM operations to North Kordofan state. Field teams revisited locations covered in Round One and Two, as well as new locations in Blue Nile state which were not covered in the previous rounds. In Round Three, enumerators visited locations across a total of 11 states.

Data collection was carried out over a two-month period, concluding in late June, and followed by data cleaning and verification to produce the third round of results. Key informants included community leaders, government representatives, NGO and humanitarian aid workers, religious leaders and IDP representatives.