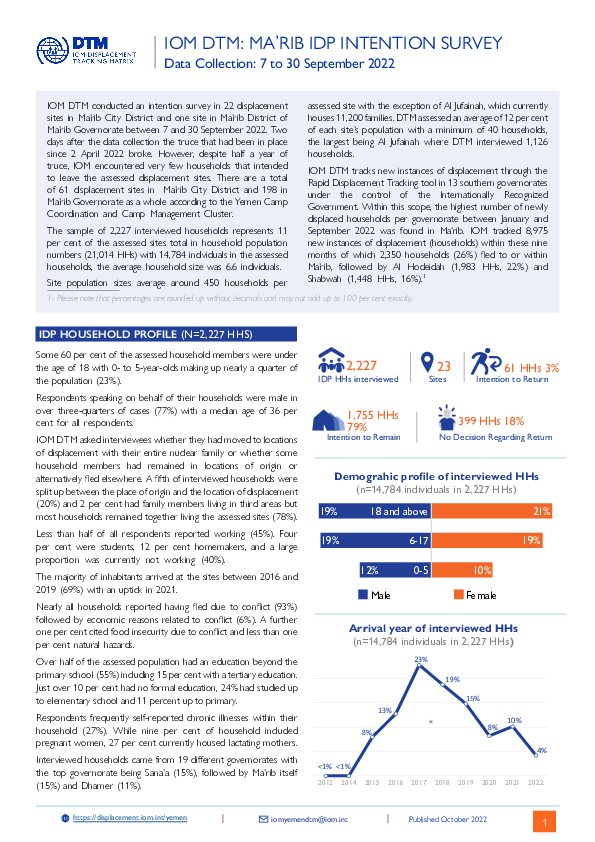 Site population sizes average around 450 households per assessed site with the exception of Al Jufainah, which currently houses 11,200 families. DTM assessed an average of 12 per cent of each site’s population with a minimum of 40 households, the largest being Al Jufainah where DTM interviewed 1,126 households.

IOM DTM tracks new instances of displacement through the Rapid Displacement Tracking tool in 13 southern governorates under the control of the Internationally Recognized Government. Within this scope, the highest number of newly displaced households per governorate between January and September 2022 was found in Ma’rib. IOM tracked 8,975 new instances of displacement (households) within these nine months of which 2,350 households (26%) fled to or within Ma’rib, followed by Al Hodeidah (1,983 HHs, 22%) and Shabwah (1,448 HHs, 16%).