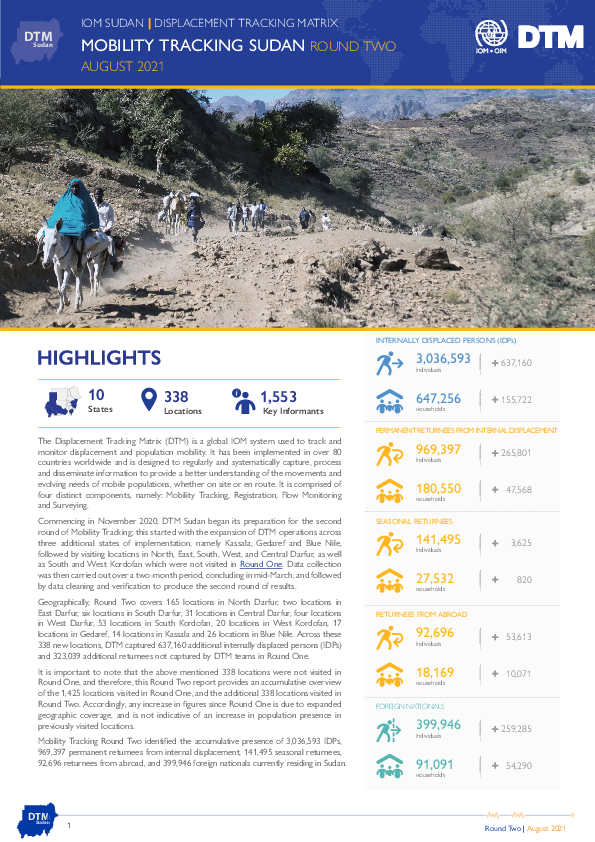 Commencing in November 2020, DTM Sudan began its preparation for the second round of Mobility Tracking; this started with the expansion of DTM operations across three additional states of implementation, namely Kassala, Gedaref and Blue Nile, followed by visiting locations in North, East, South, West, and Central Darfur, as well as South and West Kordofan which were not visited in Round One. Data collection was then carried out over a two-month period, concluding in mid-March, and followed by data cleaning and verification to produce the second round of results.