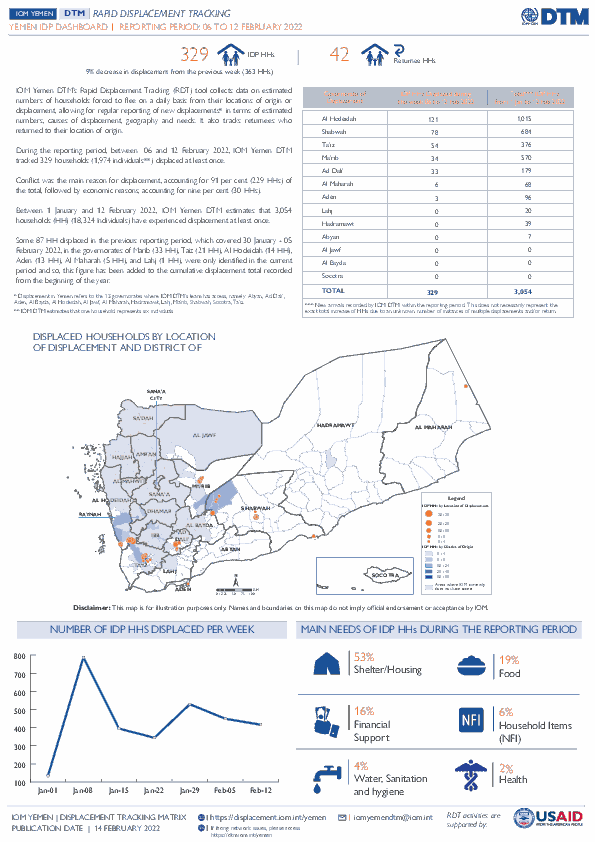 Since the beginning of 2022, DTM also identified 10 displaced households who left their locations of displacement and either moved back to their place of origin or another location.

Between 06 and 12 February 2022, IOM Yemen DTM tracked 329 households (1,974 individuals) displaced at least once. The top three governorates and districts where people moved into/within are: