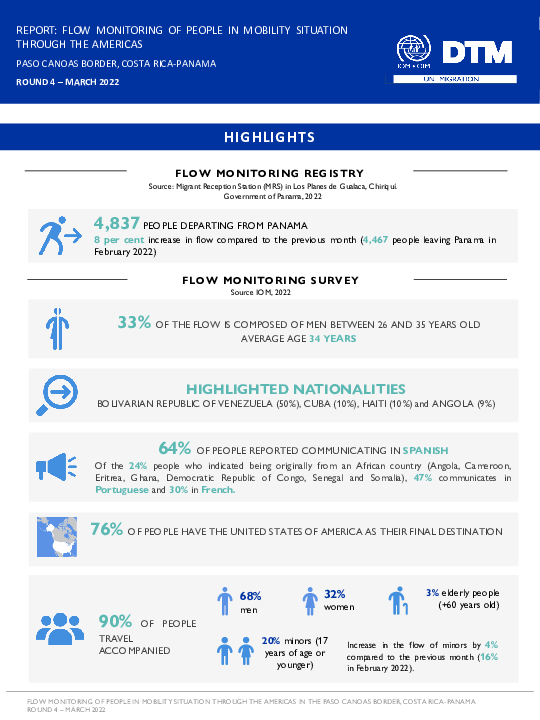 In the framework of the COVID-19 emergency, since March 19, 2020, the Government of Costa Rica has kept its land border with Panama closed for the Controlled Flow Binational Operation, which sought an orderly and safe migration of migrants moving through the Americas.

In Costa Rica, during 2022, a steady increase in the number of migrants of this migration flow has been identified (it had increased by 26 percent compared to December 2021, when the flow monitoring in Costa Rica began). In addition, according to data from the General Directorate of Migration and Foreigners (DGME), between May 2021 and February 2022, 5,331 rejections were made in Paso Canoas.

In Costa Rica, there are many perceived vulnerabilities: people traveling alone, children, disoriented elderly people, people with medical problems, emotional exhaustion caused by stress, anguish, and frustration. In addition, the principal needs detected are associated with access to food, clothing, diapers, shelter, medicines, and transportation. Many people have lost their identification documents and are reluctant to receive medical assistance as they believe that they will not be allowed to continue their journey.