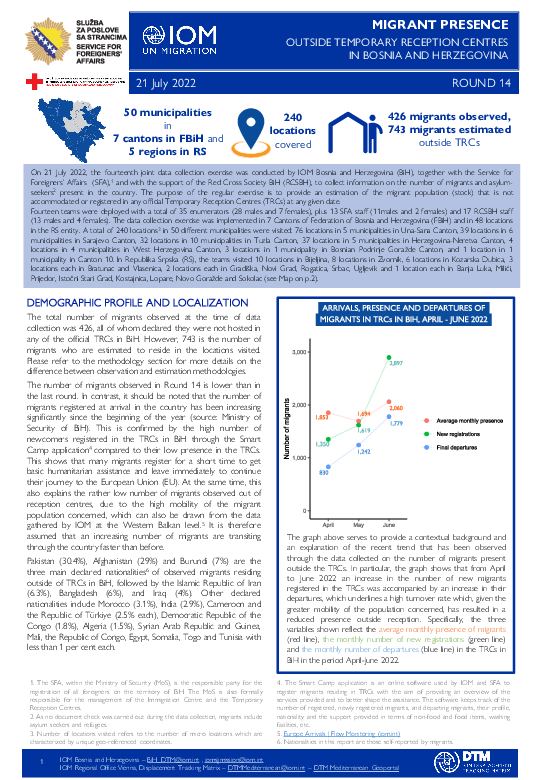 On 21 July 2022, the fourteenth joint data collection exercise was conducted by IOM Bosnia and Herzegovina (BiH), together with the Service for Foreigners’ Affairs  (SFA), and with the support of the Red Cross Society BiH (RCSBH), to collect information on the number of migrants and asylum-seekers present in the country. The purpose of the regular exercise is to provide an estimation of the migrant population (stock) that is not accommodated or registered in any official Temporary Reception Centres (TRCs) at any given date.